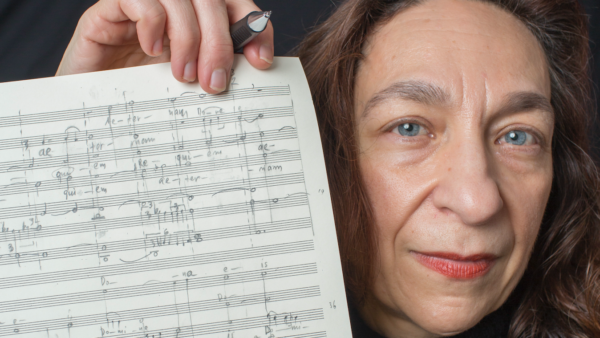 The composition ‘Salto di Saffo’ by Calliope Tsoupaki will have its Greek premiere on 19 March 2020 at the Onassis Cultural Centre in Athens. This is a double concerto for recorder, panpipes and orchestra. It will be performed by the Athens State Orchestra conducted by Vladimiros Symeonidis, and with the soloists Erik Bosgraaf (recorder) and Matthijs Koene (panpipes). They are also the soloists of the premiere in October 2018 at the Concertgebouw, Amsterdam. ‘Salto di Saffo’ was commissioned by the NTR Zaterdagmatinee.
Tsoupaki was inspired to write ‘Salto di Saffo’ by the story of the Greek poet Sappho, who drowned herself into the sea because of her unanswered love for a young fisherman. When Tsoupaki took the boat to Holland for her composition study with Louis Andriessen, she passed the rock where all of this happened. Years later, she became the Dutch Composer Laureate and now her music is being exported back to Greece.